New to Bitcoin Investments? Here’s What You Need to Know

Despite its short-term volatility Bitcoin has demonstrated a long-term bullish trend. As of early January 2021, if you had bought Bitcoin at any point in the years prior and held until today, you would now be in profit.

Bitcoin (BTC) has been breaking records lately, after achieving its highest ever value, and entering into what many experts believe will be a significant bull run.

But as early adopters of the technology, new users can sometimes be faced with an overload of information – making it difficult to take action and get involved in the cryptocurrency industry.

With that in mind, these are the three things you need to know as a new or prospective Bitcoin investor.

You Will Need a Wallet

Before investing in Bitcoin, you’re going to need a wallet. Unlike your regular wallet which is used to hold your credit cards, ID, cash, etc., a Bitcoin wallet is used to manage your Bitcoin private keys.

Without getting into too much technical detail, these are secure digital keys that allow you to spend your Bitcoin. They’re kept secure in your wallet, and the actual process of using your keys to create a transaction is usually hidden in the background.

Just like how you don’t see all the technical steps that occur behind the scenes when you’re making a bank transfer or online payment, sending Bitcoin is usually as simple as entering a recipient’s Bitcoin address, choosing an amount to transfer, and clicking send.

There are two main types of wallets: custodial and non-custodial wallets. For the most part, you’ll want to go with a non-custodial wallet, since they’re more secure and don’t rely on any third-party companies to manage your funds – they’re generally free, too.

Coin Wallet is currently the most popular wallet for new Bitcoin investors and users. Coin Wallet is currently used by millions of Bitcoin users, and stands apart from other cryptocurrency wallets in that it is compatible with most popular devices, supports multiple different cryptocurrencies (Bitcoin and several altcoins), and is incredibly secure – being one of the only wallets to support two-factor security keys (like the YubiKey).

Once you’ve created your wallet, you’ll be ready to receive and store Bitcoin. Just make sure you’ve activated all the available security features, to ensure your assets remain as secure as possible.

If you have invested in shares, commodities, forex, or any other traditional markets, then you may have come across the term ‘volatility’. When it comes to cryptocurrencies, this term is usually used to describe the price variation over a given period of time – usually in percentage terms.

Technically, it is the standard deviation of the daily returns of an asset, a highly volatile asset tends to exhibit extreme price fluctuations, whereas a less volatile asset has a relatively stable price over any given time frame. Cryptocurrencies like Bitcoin fall squarely into the highly volatile category – their price can vary considerably over even extremely short timescales. 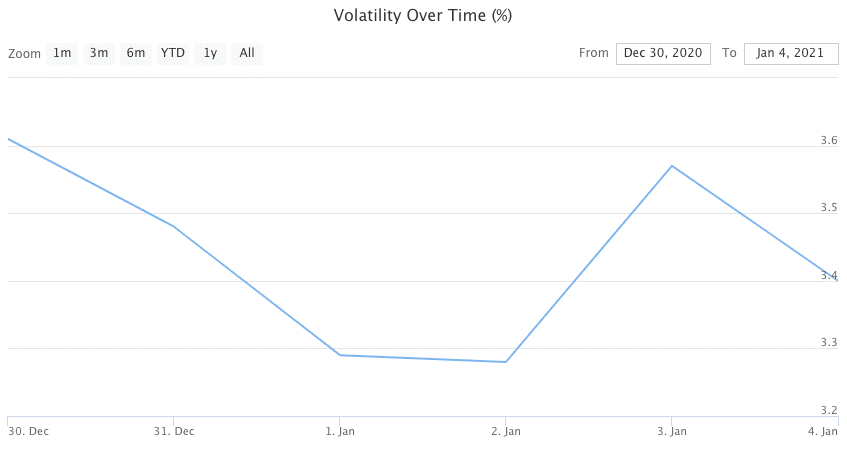 As per data from Bitpremier, Bitcoin has an estimated 30-day volatility of 3.4% – this is much higher than what is experienced by most other asset types. This level of volatility can be difficult to tolerate for those with a low risk appetite since Bitcoin can drop considerably below their entry price – and stay there for quite some time.

It can be difficult to continue holding even when Bitcoin collapses in value.

However, despite its short-term volatility Bitcoin has demonstrated a long-term bullish trend. As of early January 2021, if you had bought Bitcoin at any point in the years prior and held until today, you would now be in profit. This, despite Bitcoin experiencing considerable losses several times in its decade-long history. 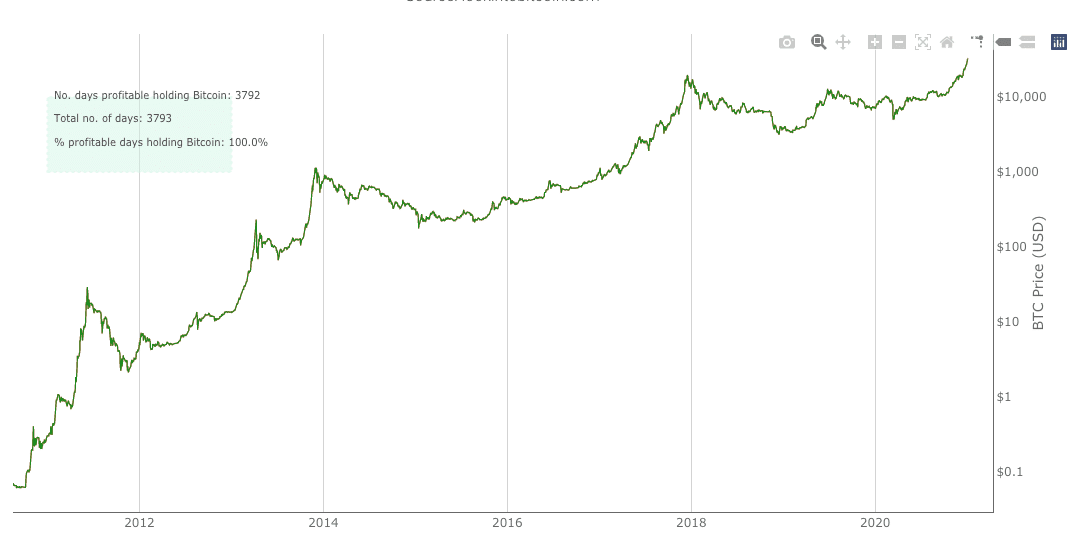 Because of this, if you plan to hold Bitcoin long-term, you will almost certainly need to be prepared to hold through some rather dramatic price swings, which can at times see your portfolio fall deep into the red.

You Can Tether if Needed

As we previously touched on, Bitcoin is a volatile asset, and has been known to experience prolonged periods of decline, before later recovering.

While holding through these bearish periods has so far proven to be profitable – since Bitcoin has always emerged stronger than ever – there may be times when you want to temporarily opt-out of volatility, such as if you want to sell while the price is high, then buy back in when the price is low.

This ‘buy low, sell high’ investment strategy is popular among cryptocurrency traders, who look to capitalize on the fluctuating values of cryptocurrencies like Bitcoin. After all, by selling at a high price, then buying back in when the price decreases, you’ll end up with more Bitcoin than you started with. Which could then be held long-term to achieve even greater profits. 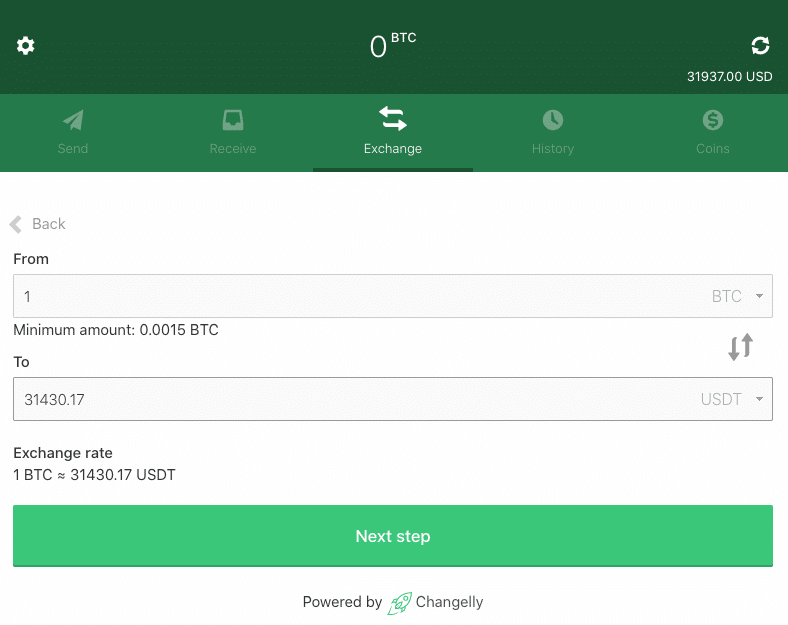 One of the simplest ways to achieve this is by ‘tethering’ – this is the process of exchanging your Bitcoin to Tether, a USD-pegged stablecoin. This can be used to protect the value of your portfolio when Bitcoin is down, allowing you to either lock in your profits or prepare to buy back in at a lower price.

To achieve this, you’ll typically need to use either a cryptocurrency exchange or keep your Bitcoin in a wallet with exchange functionality included.

Bored with Bitcoin? The BTC bull run is about to return, this indicator says

Despite Growth on Other Blockchains, DeFi Is Still Ethereum’s Forte

EMURGO, Ergo, and IOHK announce AgeUSD, the first stablecoin that will come to Cardano