An extremely rare Rolex Daytona ref. 6264 “John Player Special” has set a new record price for a watch sold in an online auction. Only a handful of Rolex Daytona John Player Special watches exist and they rarely appear for sale but hence, this edition sold for a record for £1,215,000 (or $1,545,723) at the recent Sotheby’s auction.

“It is difficult to overstate the rarity of an 18-carat yellow gold 6264 and the fascination it rouses among vintage watch collectors. ‘Holy grail’ and ‘icon’ are often used to describe the Daytona JPS.” – Sam Hines, Worldwide Head of Sotheby’s Watches

The Rolex reference 6264 is considered as the ultimate evolution of the pump pusher Daytona chronograph. A limited production of these transitional manual winding Rolex Daytonas ran between the end of the 1960’s until the beginning of the 1970’s. it is the transitional link between the two main periods of the history of the manual winding Daytona. 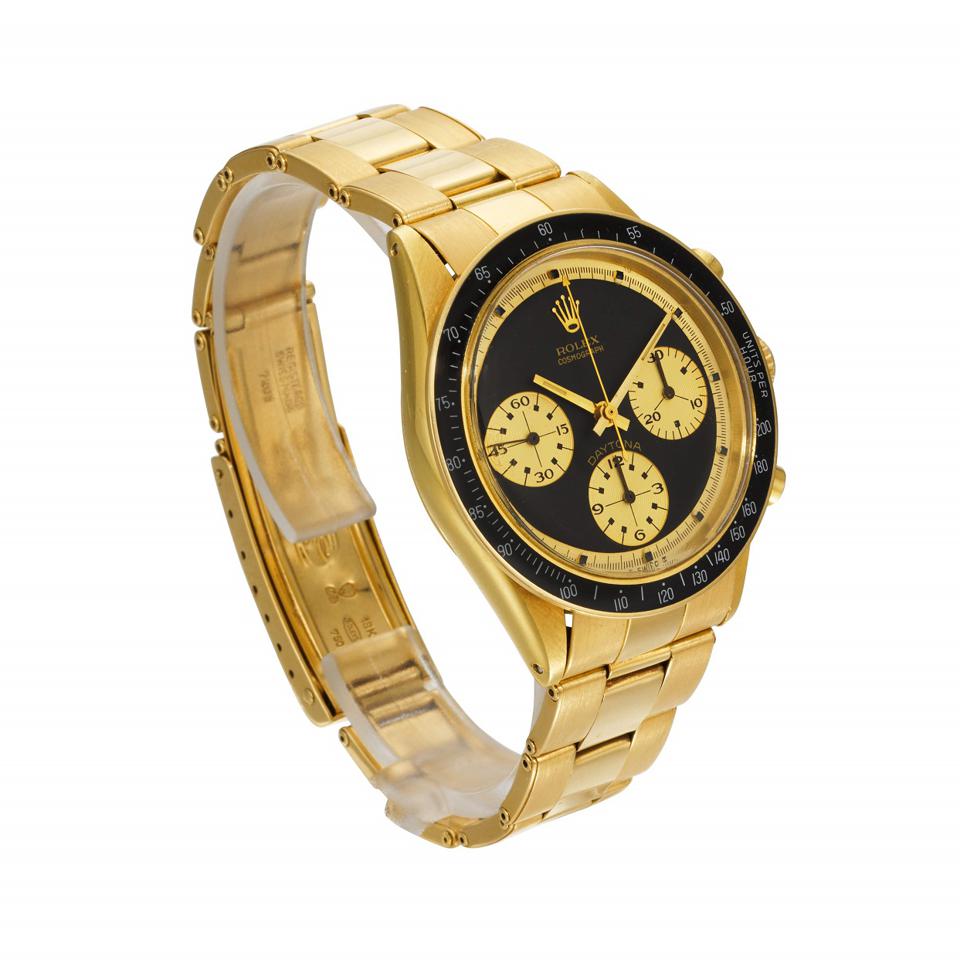 While most of the Ref. 6264 Daytona chronographs were produced in stainless steel, a few pieces were made in yellow gold, making a solid gold 6264 an objet of a true rarity, of which only ten examples are known; hence the Rolex John Player Special Daytona is one of the rarest and most desirable Rolex Daytona iterations beyond the Paul Newman.

“Beyond its scarcity, the aura of the watch exudes from its outstanding beauty – the warmth and depth of the black-and-gold combination – and association with a golden era of Formula 1. It’s a dream for watch connoisseurs who are often car lovers.” – Hines, Head of Sotheby’s Watches

As a result, the appearance of this specimen of Rolex John Player Special Daytona on the international market is an important and exciting event for connoisseurs. One of the rarest and most desirable Rolex Daytona iterations, the John Player Special gets its name from the ’70s-era John Player livery found on Lotus Formula One team cars. According to Car and Driver, Team Lotus was sponsored by tobacco company John Player & Sons from 1972 to 1986, and all of its Formula 1 cars wore a distinctive black-and-gold livery. During that time, the team won five drivers’ and constructors’ championships and, in the process, changed the way F1 cars were designed.

According to Sotheby’s, only 10 of these black and gold ref. 6264 Daytona chronographs are known to exist and this Rolex John Player Special Daytona has never appeared at auction. During the London Watches Weekly (which ran from July 24 to July 31) online auction, this Rolex ref. 6264 “John Player Special” Daytona received 17 bids from five buyers who drove its price to nearly double its high estimate of $800,000. 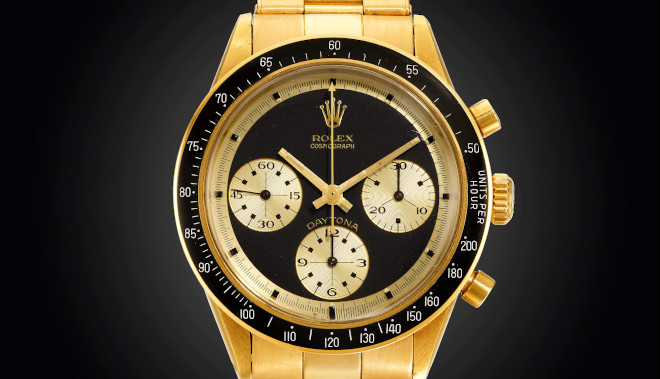 “The record-breaking sale of this Daytona JPS summarises in many ways the takeaways of this pivotal season: The eagerness of collectors to embrace new ways to transact with us, their resolute confidence to buy and sell high-value lots online and, of course, the unabated appetite for freshness, quality and rarity.”

The sale was the third time since April that Sotheby’s set a record for an online auction. The Rolex John Player Special Daytona was the final sale in a season that has brought in $48 million for Sotheby’s in 2020, an impressive showing given the current economic depression.