The 1960s saw drastic shifts in the artistic climate of Indonesia mirroring that of the country’s own socio-political and cultural evolution. Even as the Social Realism style championed by the then communist party made way for a little more integrated art styles during the New Order regime under President Suharto, art, literature, and dialogues contending the realities of ethnic, racial, and sexual relations endured despite constant stifling. A quick glance at the art of present-day Indonesia is bound to leave those less acquainted with the country’s historical progressions in doubt, since its current liberty in expression bears no apparent traces of oppression. On the contrary, even after its democratisation, mining through the depths of many Indonesian artworks’ meanings quickly reveals that these works are often laced with social, political, and religious undertones underscoring the adversities of yesteryears, as demonstrated within the pieces of one Dedy Sufriadi. 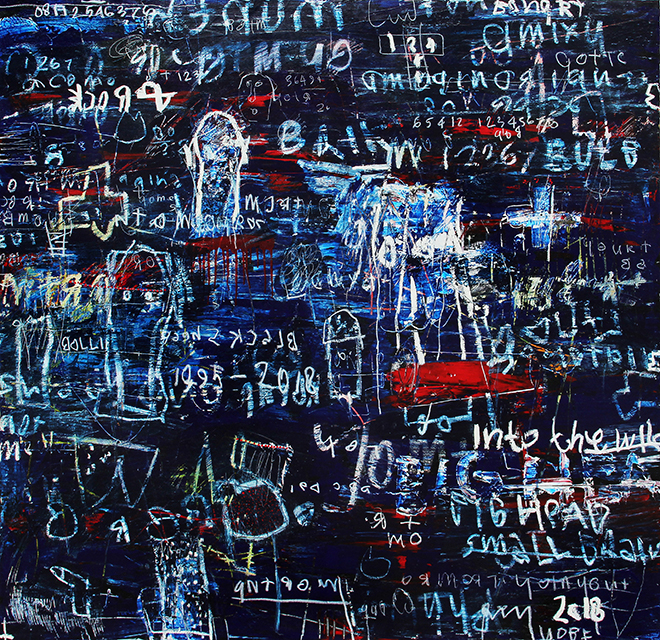 Born 1976, Sufriadi’s perspective on art was amplified towards other forms since his entry into university in 1995 at age 20. His high school years prior informed him mostly of art solely conveyed through realism; the lack of exposure to other art styles skewed his presumption towards the idea that good art should be realistic. And yet, the artworks bearing Sufriadi’s signature is a far cry from what he understood art to be. Needless to say, the elucidation he achieved in his university years proved to be catalytic in putting him at the forefront of Indonesia’s contemporary art scene. 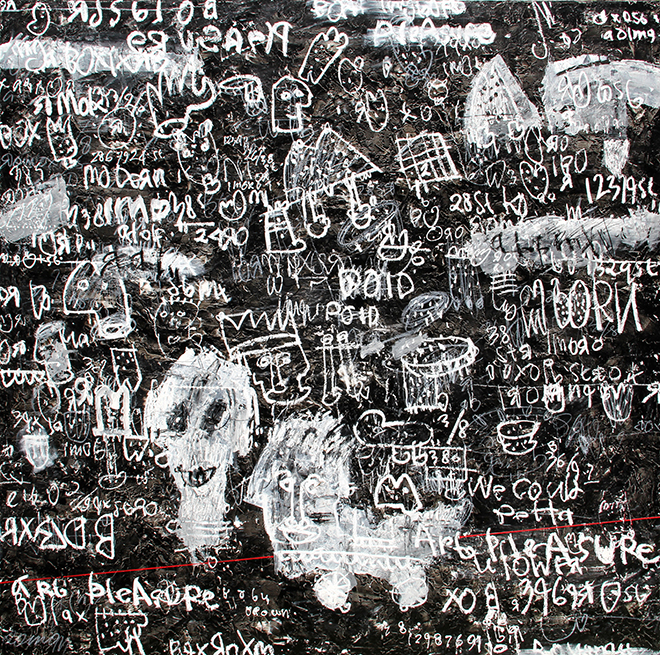 Chaotic as they may seem, there is ultimately no question of the raw power that Sufriadi’s pieces can dish out. Atop robust colours applied upon sizeable canvases are often scrawls of texts or evocative imageries characteristic of the Expressionism style – one that befits the rebellious and expressive nature of Yogyakarta’s artists. Taking technical notes from Indonesian painter Affandi and American artist Jean-Michel Basquiat, Sufriadi proceeds to heavily concern himself with the philosophical enquiry of Existentialism that emphasises on the autonomous aggregation of experiences in every individual. “For more than 10 years, I have studied about Existentialism. It opened my mind to different views of the world, and especially of the Indonesian culture,” related the artist during his interview with Art Republik. He further elaborated on the lack of freedom for Indonesian artists to wholly communicate their ideas before 1998, due to the former government damping down on any brand of political commentaries. While the Indonesian art scene has emerged to a new dawn, such damaging restraint on the identity of Indonesian art still has its ripple effect till this day and age, as experienced first-hand by Sufriadi himself. 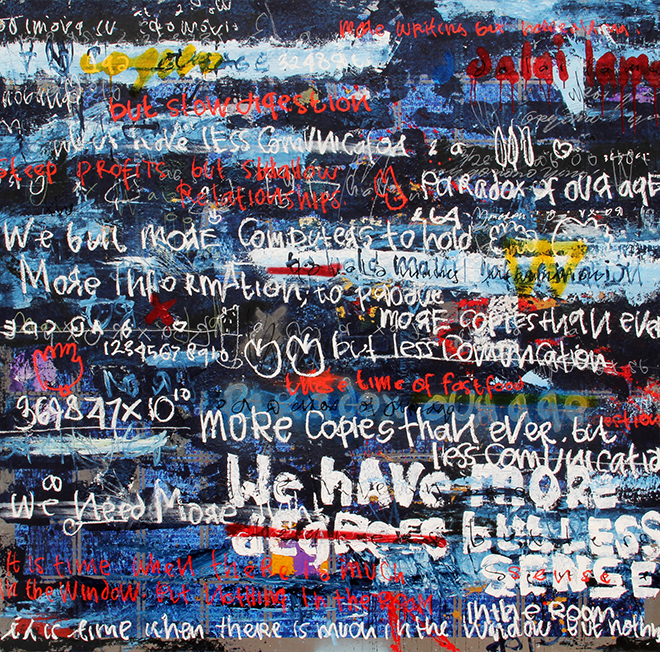 Sufriadi’s competitive streak began when he clambered his way into the finalist roster of the Philip Morris Indonesian Art Awards back in 2000. The Jogjakarta 20 Mei was a major win for not only the artist himself, but also the whole of Indonesia’s perspective on art when Sufriadi was crowned the grand-prize winner for his abstract art work, signifying the country’s readiness to accept alternative art forms and to be inducted into the global art stage. Since 2015 after clinching the grand prize in Young Art Taipei, Sufriadi began setting his sights in bringing his art to the more oriental parts of the world, and Beijing, China, is the next pitstop where his solo show will be held at. 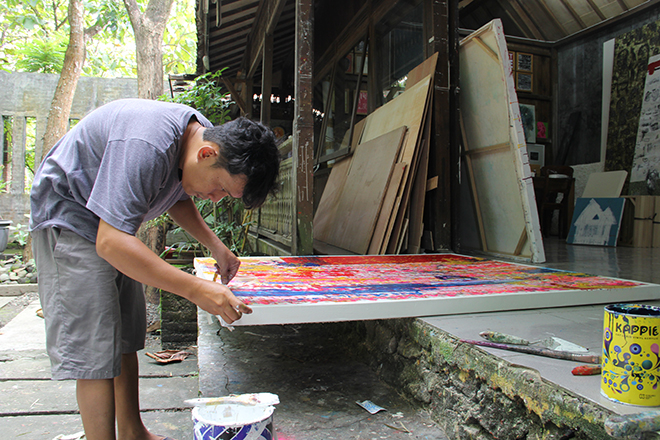 Now more than ever, Sufriadi has become more invested in conflicts of the self. While he may reside in a region of rapid shifts, he has grown accustomed to the belief that motivations for external changes should, first and foremost, be initiated through introspections. “Before we can make the world better, we must first be open to criticising ourselves.” Just as how his predecessors kept themselves afloat on their art through troubled waters, perhaps Sufriadi’s success in grounding himself as an artist is by evoking authenticity in the meaning of life amidst an absurd world through a series of direct texts and indirect images.

Kraken Shows How Crypto Companies and Banks Are Evolving Together

The US is number one…in blockchain patents

Jennifer Aniston & Brad Pitt Are Not Getting Back Together-Again