In the 80s, grids were often been used as visual shorthand to show a “high tech” future, Today, modern eyes look at the new GMW-B5000 series that inherits the form of the first model of the G- Shock series of shock-resistant watches, finding in retrospection that despite its very “retro” aesthetic, it still features modern features that have yet to be paralleled in the genre of modern athletic watches. 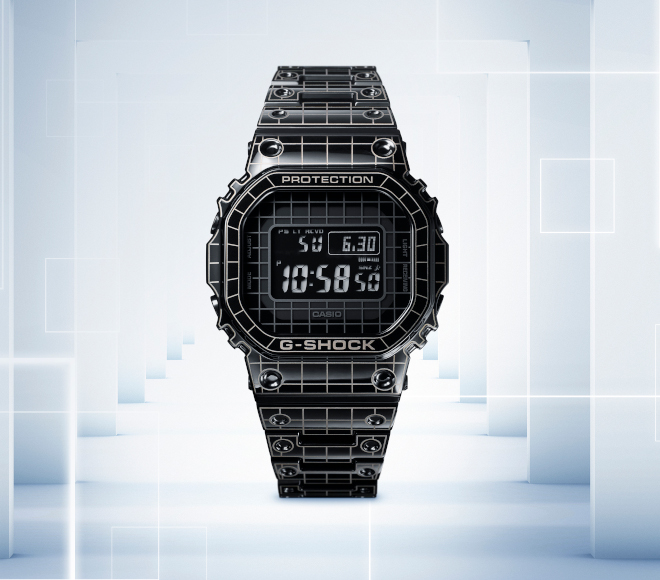 Exhibiting a visual flair which is anachronistically vintage yet appropriately futuristic, the new GMW-B5000CS features a laser-carved grid design on its all new evolved exterior with full metal construction of all outer parts while maintaining the shape of first model—the DW-5000C that was released in 1983. Indeed, it feels remarkably classic to 21st century eyes but to owners of the original, the new G-Shock Grid GMW-B5000CS is refreshingly modern.

Unlike its old school 1980s counterpart, the new metal G-Shock Grid GMW-B5000CS is further evolved in functionality, thanks to radio wave reception, radically improved capacitor technology combined with tough solar power and connectivity in the age of smartphones which allow for automatic time correction – particularly useful when you’re crossing timezones. 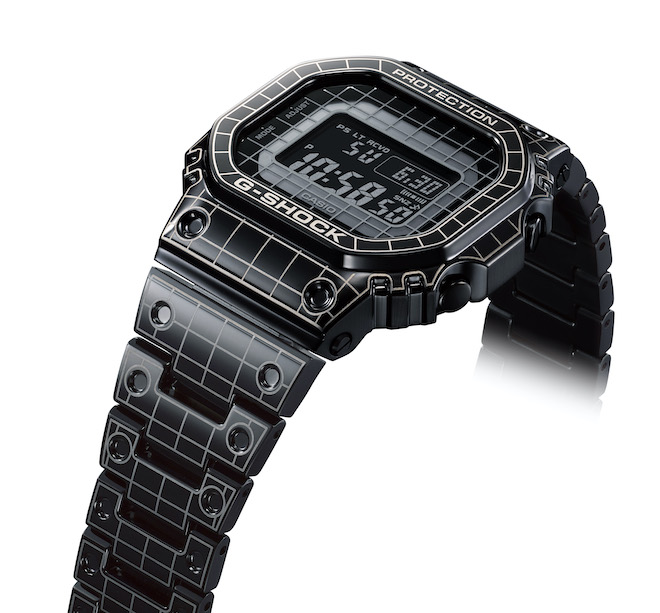 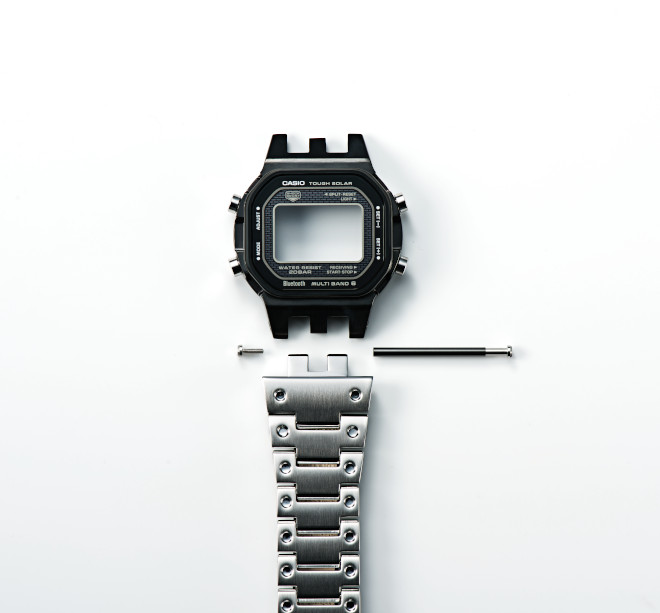 Casio Computer, the computer firm responsible for every pop culturally cool instrument since the 70s – to wit James Bond’s calculator watch, every pre-pubescent teen’s My Magic Diary and since its debut in 1983, the Casio G-Shock  has been every military servicemen’s multi-purpose, all enduring, hard wearing watch; innovating its path into serious hype culture, becoming part of the designer lexicon in streetwear. 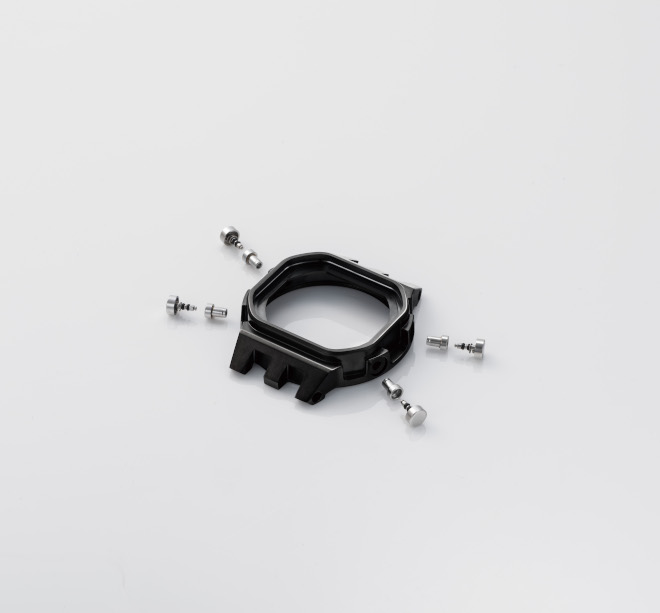 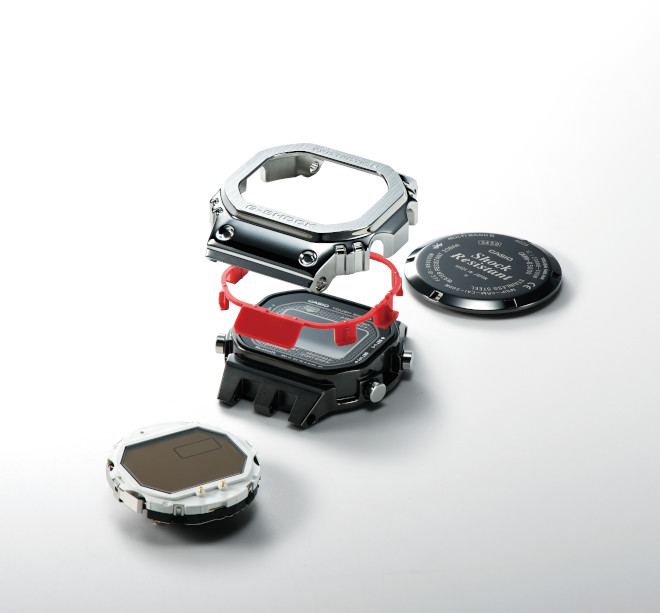 Aesthetically, since the release of the GMW-B5000 in 2018, Casio continued to create inventive colour schemes and patterns using unique colours, materials and surface finishing including black ion plating, aged finish, and camouflage design to achieve an ever exciting array of design treatments for the series, the new metal G-Shock Grid GMW-B5000CS, the design in the image of a time tunnel connects the past of its heritage and provenance with its future with prominent silver lines was forged by applying black ion plating finish to the bezel, band and buckle surface, while bringing out an underlying color scheme using a laser to carve out the latticed pattern. 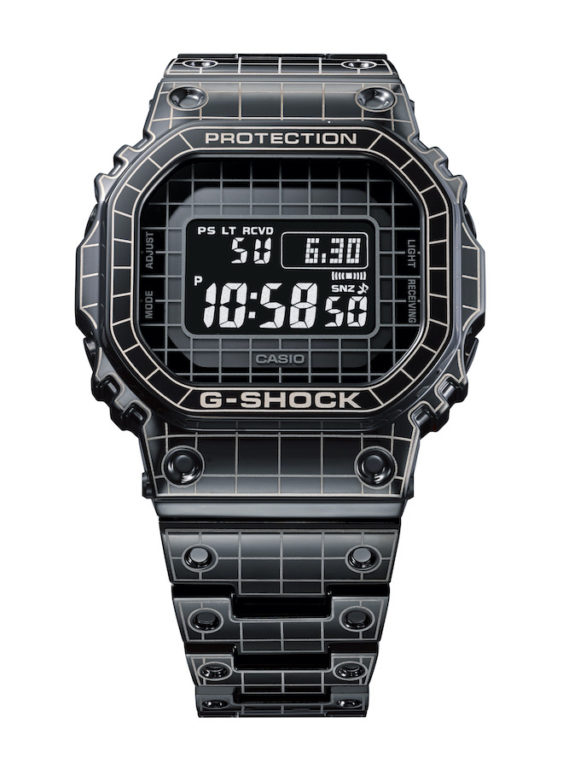 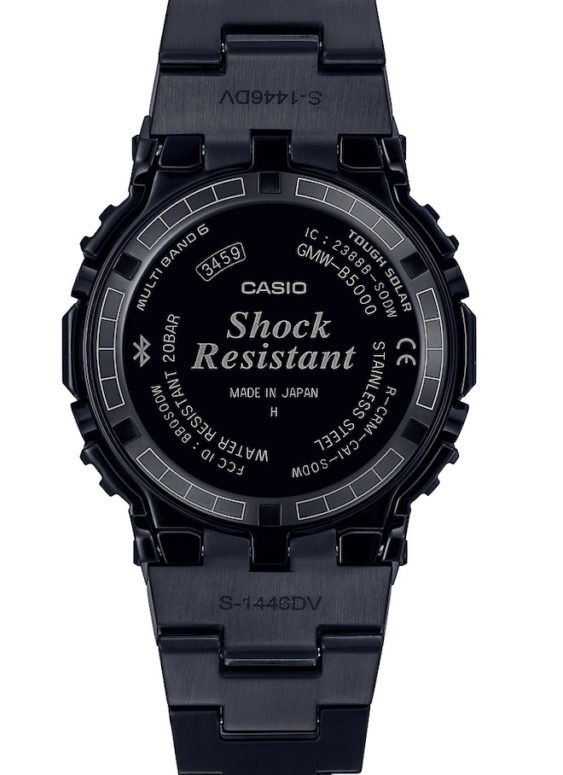