Until 2018 women were not permitted in Saudi Arabian sport stadiums, not even as spectators. When the Saudi people sat down to watch the London Olympic Games in 2012, they only got to see two women athletes representing their country. Sarah Attar, an American born dual US-Saudi national, who participated in women’s track and Wojdan Shaherkani for judo.

The effective ban on Saudi women’s participation in national competitive sports had effectively hamstrung female athletes in Saudi Arabia; but it mattered little, when Attar finished last and even when Shaherkani was defeated under two minutes, they each received standing ovations. Despite the social and cultural obstacles, a young visual communicator named Raha Moharrak was training to conquer Mount Everest. 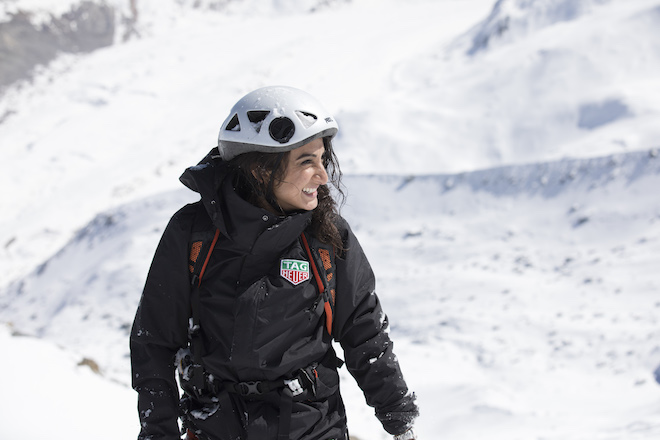 “Convincing them [my family] to let me climb was as great a challenge as the mountain itself!” – Raha Moharrak to CNN

The then 26 year old, the youngest of three, born in Jeddah, Saudi Arabia to Hassan Moharrak and Yasmine al-Alfie told CNN that “convincing them [her family] to let her climb was as great a challenge as the mountain itself!”. Indeed, summiting a mountain is an immense physical feat but overcoming a policy of prohibition, especially when the dominant religious authority holds the view that opening sports to women and girls will lead to immorality or “steps of the devil,” as one prominent religious scholar put it is one which cuts to the core of societal and family support.

Saudi Arabia is the world’s most gender-segregated nation, but amid changes now under way, multiple generations of women are debating how to be truly modern and truly Saudi. – National Geographic

In March 2013, eight months after Saudi Arabia’s women made their Olympic debut, Raha Moharrak made history, becoming the youngest woman in the world and the first female mountaineer from Saudi Arabia to successfully scale Mount Everest, the world’s highest peak and in doing so, raised a million dollars for educating people in Nepal. It’s hard to imagine “not cracking under pressure” and accomplishing your objectives when over 2000 meters above sea level on the Kahiltna Glacier, your guide (Dave Hahn)) just told you, “As you may have heard, a climber has lost his life. They are evacuating his body. I want you to know this because I want you to know what you are dealing with. I want you to understand where you are, the type of place you are, and the consequences.” Moharrak told AramcoWorld how Hahn’s words made her uneasy. “It was a feeling I had to work through,” she says. 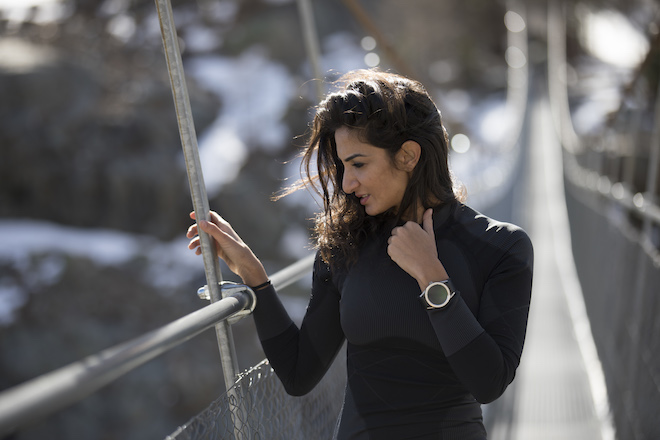 Moharrak with her TAG Heuer Connected

“I really don’t care about being the first, so long as it inspires someone else to be second.” – Raha Moharrak

Moharrak’s feat is backdropped by her country’s gradual warming to the idea of women participating in sports: That year it announced that Saudi Arabian girls were officially allowed to practice sports in private schools, which they had not officially been allowed to do previously. For the Olympic Games in Rio, Saudi Arabia fielded double the number of female athletes and by 2017, Princess Reema bint Bandar was appointed as the first female head of the Saudi Federation for Community Sports, promoting extensive reform in the kingdom’s Olympic Committee and sports federations covering sporting activities for men and women. Feather in the kingdom’s cap, 31-year-old, Moharrak then cemented herself as the best-known mountaineer of the region, achieving her ultimate dream of completing the Seven Summits after achieving Denali, the highest mountain peak in North America and in doing so, achieved not just a step up for herself but for female athletes all over Saudi Arabia saying, “I really don’t care about being the first, so long as it inspires someone else to be second.” Her face became an emblem for triumph in adversity prompting Swiss watchmaker TAG Heuer to invite her as “Friend of the Brand” for their “Don’t Crack Under Pressure” campaign that same year. 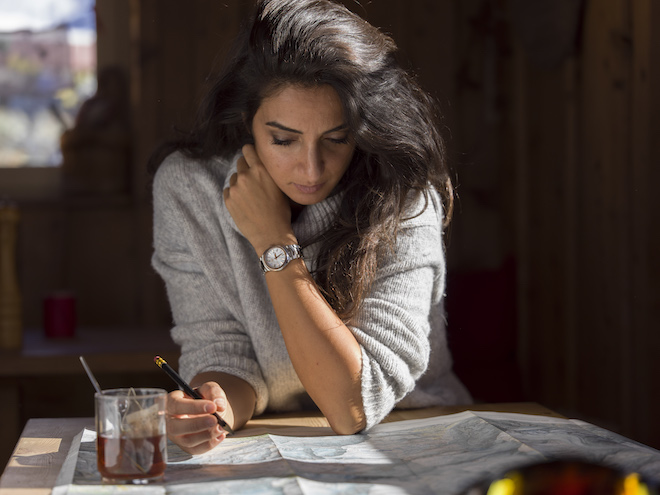 Moharrak as she plans her next adventure

“It is about passion and discovery; and that one-of-a-kind experience with an extra special je ne sais quoi that simply cannot be replciated. Plus, of course, a glass of champagne!” – Arnaud Champenois, Belmond SVP Brand and Marketing

Having explored the major summits of the world and having surmounted the socio-cultural mountains of resistance and negativity, Raha Moharrak embarked on her next adventure – bringing her guests on a wholesome life-affirming exploration of northern Myanmar by boat. 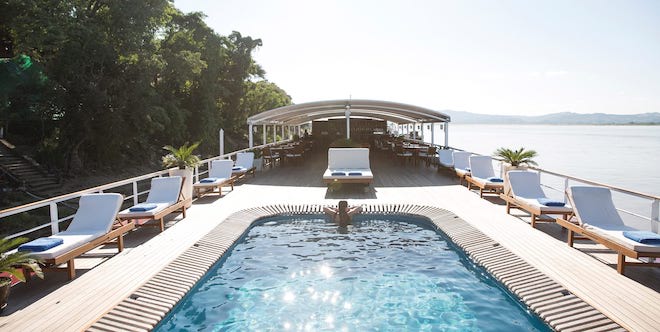 The Belmond Road to Manadalay 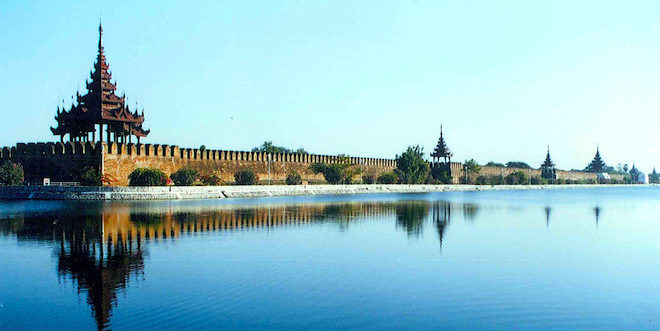 Bhamo, among many of the stops where Belmond Road to Manadalay plies the Irrawady River

I always advise people to take that first step. A journey as big as Everest started with a step and ended with a step. One of the most important things you can strive for is the curiosity to go after those things you don’t know – Raha Moharrak, Belmond Good Living ambassador

Unlike Moharrak’s own high risk adventures; whether it’s mindfulness in Anguilla or trekking in Myanmar, Belmond Good Living is about wellness, authenticity and timeless experiences. The Belmond Road to Mandalay plies the Irrawaddy River. The journey of 11 days includes onboard activities such as lectures and presentations on good living, demonstrations of longyi-tying – a kind of traditional Burmese sarong or ‘trousers’ or skirt, sunrise yoga sessions, meditation classes and of course cooking – consider it eat, pray, love but amidst the trappings of luxury as it makes ports of call to Myanmar’s largest city, Yangon, Bagan, Mandalay and Bhamo. 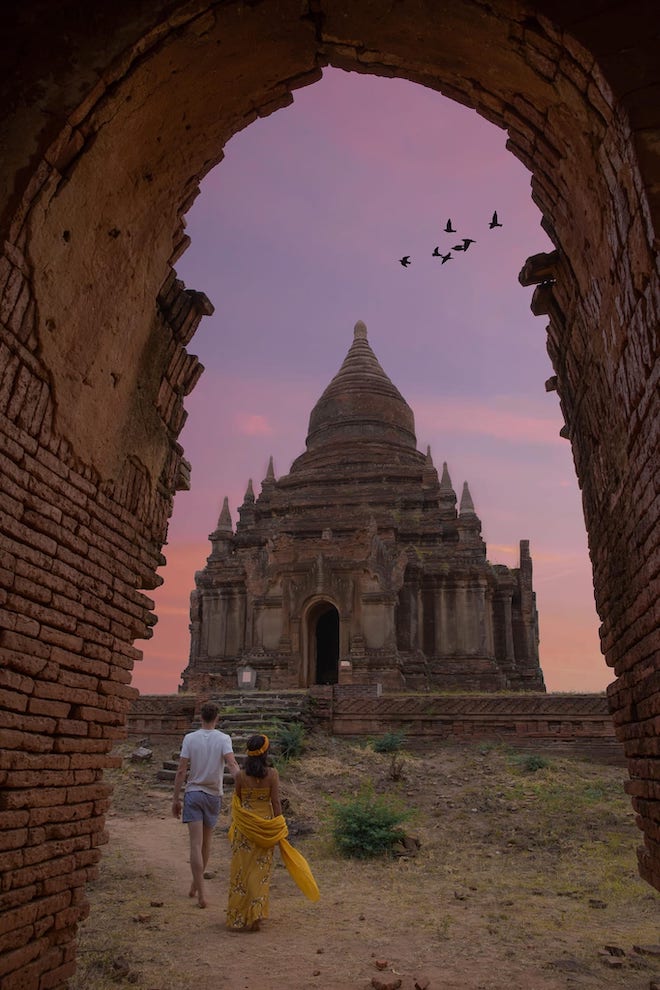 If life on-board wears thin, Belmond Road to Mandalay also visits remote villages in Bagan, Mandalay and Bhamo, providing cultural explorations of temples close to Myanmar’s border with China with an optional overnight stay at Tainpha Taung Meditation Centre. Once your mind and soul is sufficiently satiated, one can pick from a choice of four exceptional guided treks led by Raha Moharrak herself. 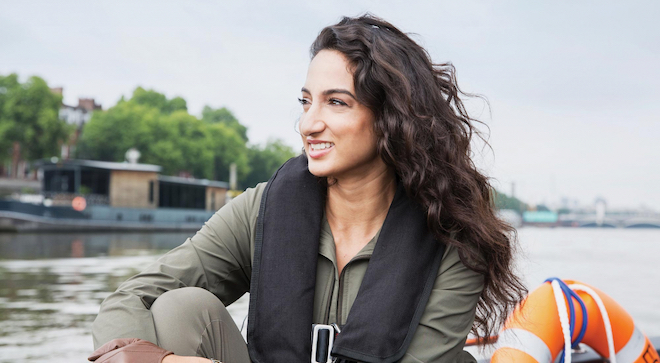 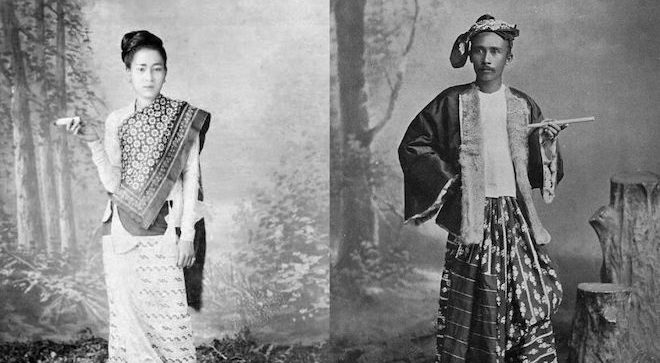 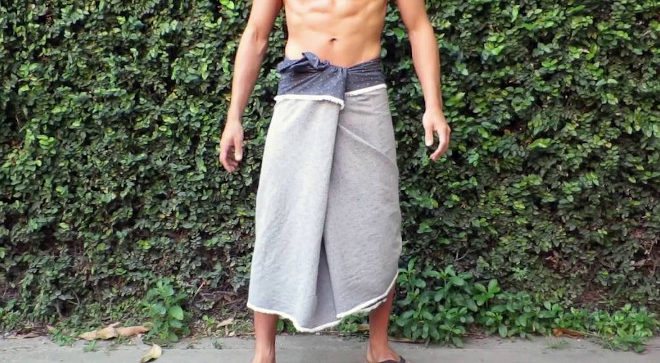 The Burmese longyi as it is worn today, as trousers for men or a skirt for women

Belmond Road to Mandalay started life as a river cruiser on the Rhine in Europe but was completely redesigned and relaunched by Orient-Express Hotels in 1995. In 2014 the company changed its name to Belmond Ltd. and the ship was renamed Road to Mandalay.

In December 2018, the company was acquired by LVMH in a $3.2billion transaction delisting the company from the NYSE and making it 100% privately owned.

Ripple has sold $15M of its stock in MoneyGram

What Is a CBDC? – CoinDesk