Back on March 21st, Sherwin Dowlat posted an article via Medium titled “ICO Quality: Development & Trading.” Dowlat is a researcher, apart from the Static Group LLC that bills itself as an “ICO Advisory firm” based out of New York.

Along with his partner, Michael Hodapp, they have constructed a rubric for how ICOs can be classified and ranked. The ICOs are broken down into 6 groups: Scam, Failed, Gone Dead, Dwindling, Promising, and Successful. I don’t quite understand the reason for the six, but there are six groups, none-the-less. Let’s dig into these groups a bit further.

The pair claims that they found 81% of the ICOs they included in their study were deemed “scams”.

Here are their charts they constructed from their studies. 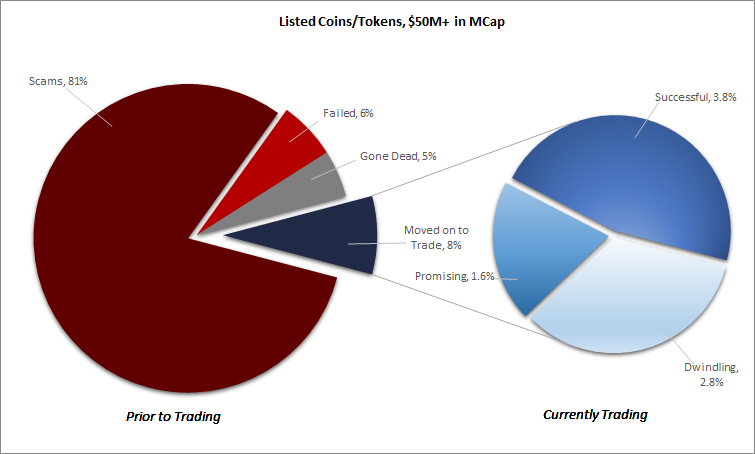 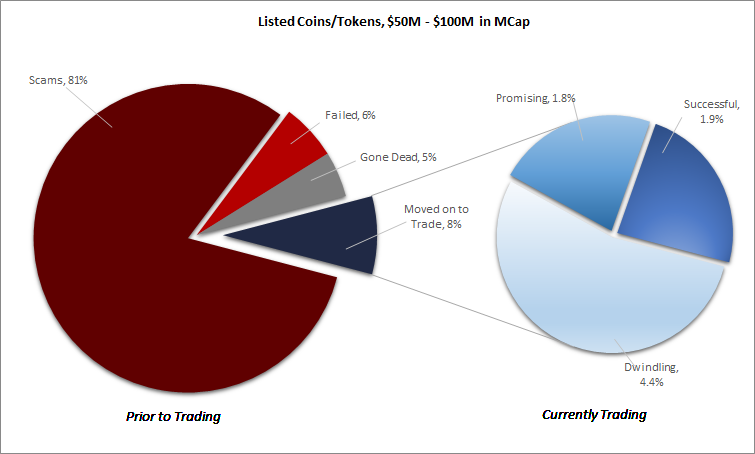 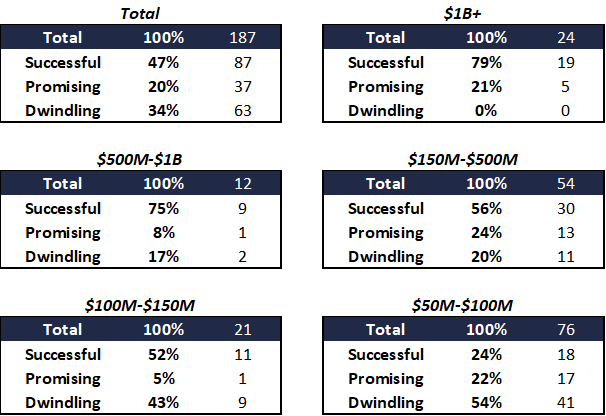 Is it fair to say that every ICO project that doesn’t make it to an exchange is a scam? ICOs may take a different approach than the traditional IPO or private offering, but they still share many similarities. Startup companies fail to make it to the stock exchange all the time, does that qualify them as a scam? If you look at the stats of failed startup companies, over 90% of them fail within the first 5 years of operation.

ICOs are a new way that these startup businesses can gain capital to fund their projects. Sure, schemers have taken advantage of this method and have run away with money, but that happens in traditional routes all the time too. I think what scares individuals (more specifically those who are used to something being done a certain way) is that ICO’s enable businesses to obtain large amounts of funding at a faster rate than the traditional route. Not everyone is comfortable with change and will automatically see it as a threat.

I think most individuals who have some sort of investing background understand that startups launching ICOs are high-risk investments and their expectations are as such. If you don’t have any sort of investing experience or even a financial background, do your research and take a few classes before investing in the startup space. That way, you aren’t also quick to jump on the “scam” train.

Thoughts? Comments? Concerns? Let’s start a discussion in the comment box below.

The US is number one…in blockchain patents

Jennifer Aniston & Brad Pitt Are Not Getting Back Together-Again

Another Major Bank Sounds Alarm on Tech Bubble. Is It Time to Listen?

Did Ethereum Learn Anything From the $55M DAO Attack?